Aside from those, I’m also running Warp Door, and sharing games on there as soon as and when I get the chance. So, technically, it’s four websites that I’m physically attached to by what feels like the majority of my brain.

Part of this means I get a lot of people trying to contact me about their games. Not all of it is of interest to me, at least, not in terms of writing about it. So I want to try to delineate what kind of thing I’m looking for, specifically, for each website. This will hopefully help anyone looking to contact me about their game and will also aid me in finding these games and stories that I’m after.

Doing this probably won’t change much, but I’m also writing this up just to get everything clear in my head, so it has other benefits. 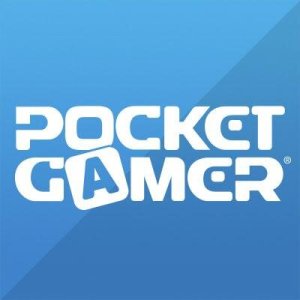 Pocket Gamer covers mobile and handheld gaming, and nothing else. So that includes iOS, Android, Windows Phone (although lesser so than the previous two), PlayStation Vita, PSP, Nintendo 3DS (and 2DS)… and that’s mostly it. If you have news about a game that will be coming to those platforms then it’s worth contacting me about it, usually. I write for Pocket Gamer every weekday between the hours of 1pm – 5pm GMT/BST (UK time), which I refer to as my “afternoon shift”.

I’m not willing to be more specific about what kind of game it is that I’m looking for as it varies from game-to-game. I quite often write about casual games and free-to-play games, but will generally favor “premium” titles (as opposed to free-to-play), especially frantic and stylish arcade games, RPGs, adventure games, puzzle games, and–and this is speaking very broadly–games that have a cool and/or unique idea; such as 80 Days, Motorsport Manager, and Threes!, to name some examples that come to mind. That said, if you can come up with a good hook then there’s no reason why I won’t cover any kind of game.

Kill Screen is interested in bringing videogames to a wider audience. The aim is to merge the art and culture of videogames with everything outside of videogames. I write one article every weekday for Kill Screen and, generally, it tends to be small impressions of an interesting game I’ve found. However, I often interview people about a game they’re currently in the making of, as well.

I’m also looking for avant-garde, weird, and experimental games for Kill Screen that don’t necessarily fit into such specific topics but may address ideas outside of the rut that is traditional videogame culture. I should be able to play these and write short impressions of them.

Siliconera covers all kinds of games from obscure to enormously popular, but tends to have a focus on games with Japanese origins, but it kinda covers anything that it describes as the “Unseen Side of Video Games”. I write six news articles every weekday for Siliconera and specifically cover “indie games”. I also do two interviews with an indie game creator a week for the site.

As this is my latest gig, I’m still trying to work out exactly what I’m looking for when it comes to Siliconera; what it is that particularly fits in. Obviously, “indie games” are what I’m after, but what fits in mostly are visual novels, hack ‘n’ slash, RPGs, shmups, dating sims, virtual worlds, mod-based games, fan games, odd platformers, weird roguelikes, and action arcade games. Anything bizarre or bonkers is also good, as well as any games that have won awards or been officially recognized in some way, too. I wish I could be more specific, but if you browse Siliconera you should be able to get a feel for what kind of games the website tends to focus on, and that’s what I’m trying to fit my indie games coverage around.

Oh, and I’m especially looking out for news that hasn’t made it onto other websites yet. The more obscure the better–I’m looking to break news about a new game here, it’s all about being fresh. For the interviews I need you to be able to talk about the inner workings of the game, mostly. 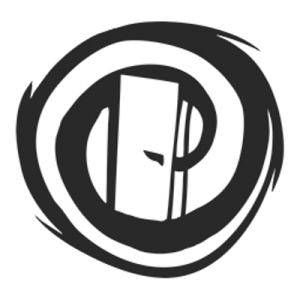 We don’t really write about games on Warp Door but aim to share weird and obscure games as much as we can. I do, however, write up a round-up of some of my favorite games we’ve found in the week every Sunday called Pocket Dimension. Again, it’s probably best to browse Warp Door to get a feel for it. Seriously, though, if you’ve made some strange little thing then it’ll probably fit. Please email me your weird games as I don’t get nearly enough time to browse everywhere I want to.

And that’s that, I suppose. I’m covering quite a wide range of games across all of those publications, all of them allowing room for the weird, wacky, and obscure, which is what I tend to focus on a lot of the time. I also cover a lot of other games that don’t fit into that preference of mine, of course. If this helps you reach out to me and “pitch” your game or story then this has been pretty successful. Hopefully you’ll encourage me to write about your game in the near future–no promises, though!

Anyway, as said, this has mainly been for me, I think, as I needed to write down exactly what I’m doing every day to make sense of it all in my head. So if it helps anyone else then that’s just a bonus, really. Peace.

One thought on “Help me help you”